GEOTEXTILES are used to solve soil related problems in civil construction. They are permeable fabrics which, when used in association with soil, have the ability to separate, filter, reinforce, protect, or drain. 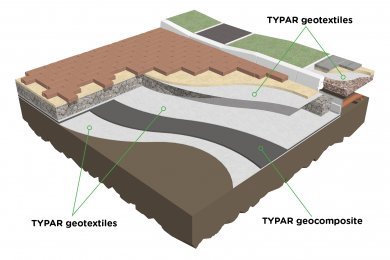